I’ve just finished working on a new illustration project for the Guardian’s Glastonbury competition 2020 and it was a great way for me to experiment and illustrate in a bold style similar to pop art. The brief required the artwork to consist of only three inks inclusive of background (I’ve added a fourth for the background to my illustrations for the benefit of this blog). The competition’s theme is “HOPE” which focuses on a current event that has been inspiring in some way.  For me it has to be the BEES! There has been such a positive response to our bee crisis and through this we have made governments take action such as the UK government’s 25 year Environment Plan www.gov.uk/government/news/michael-gove-announces-new-funding-to-protect-bees and Defra’s Year of Green Action

Telling a story with just pictures?

Before any civilisation began to write, we first had art to convey messages; these usually consisted of illustrations based on symbolism. The oldest known symbols created for the purpose of communication were cave paintings, a form of rock art, dating to the Upper Paleolithic age. The oldest known cave painting is located within Chauvet Cave, dated to around 30,000 BC. These paintings contained increasing amounts of information. The connection between drawing and writing is further shown by linguistics in Ancient Egypt and Ancient Greece the concepts and words of drawing and writing were one and the same (Egyptian: ‘s-sh’, Greek: ‘graphein’), so connecting my illustration to the inspiring story of bees made complete sense with use of symbolism!

Sugar Skulls symbolise death but in a positive manner. In Mexico it is believed that death is not the final stage in one’s life but rather a step forward into a higher level of conscience. For the Aztecs skulls were a positive symbol, not only of death but also of rebirth. The death of so many bees in the last few years alone has raised awareness about how we are treating our environment and the dire consequences it has on our wildlife and our lives too. Around 70 crops in the UK depend or benefit from bee pollination. It is estimated that it would cost UK farmers £1.8 billion a year to pollinate their crops manually if wild bees disappeared. As the world mourned the loss of so many bees, it now acts to protect and fight for them – finally we wake to a higher level of conscience and from death there is rebirth….HOPE!

Bulls eyes are symbolic of focus or concentration. Native Americans have been drawing these type symbols for eons.  For the Native American, these circles within circles represent various forces within the universe converging with The One…the one spirit, the one energy that animates all that is (God, if you will). Other cultures have drawn concentric circles to illustrate the same thing. The inner circle may represent the self, consciousness, the soul, or the mind…with the external circles representing the waves of influence our center has over everything else. Whether we care to admit it or not, we are connected to nature and the bull eyes symbol represents that we must focus on change

Marigolds and flowers are commonly used with sugar skulls and symbolise life. Besides the Sugar Skull, the marigold is probably the other element that is most associated with the Dia de los Muertos celebration.  The marigold, and flowers in general, represent the fragility of life which also reflects the rise and fall of the delicate eco structure of the bees and our environment.

Vines symbolism has come a long way in history as it has been used to represent various things; from temporal blessing to strength, determination, endurance, survival, and progress among others over time. For my illustration the vine represents all of these things for the bees and us; we are part of the cause and cure for their survival and without them – we too will struggle.

Bees (yep the bees are a symbol too!). The ancient Druids saw the bee as symbolising the sun, the Goddess, celebration, and community. At festivals, mead was usually drunk – the main ingredient of which is fermented honey (how appropriate for a festival is a BEE eh?!).

And last but not least – here’s my entry with all it’s symbolic meanings and the three colours inclusive of background!

If anyone knows of more symbolic meanings, please share. I’d love to hear them!

This site uses Akismet to reduce spam. Learn how your comment data is processed. 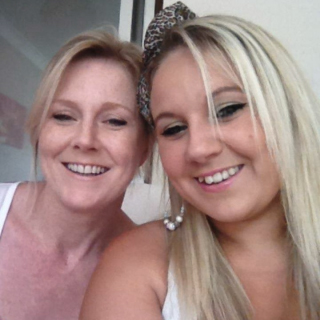 Professionally trained illustrator and graphic designer with several years experience and heaps of knowledge within the arts and design industry. Specialising in whimsical style illustrations with the use of both traditional and digital media.